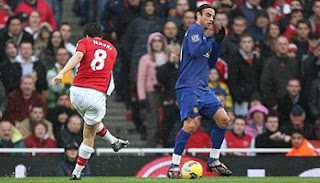 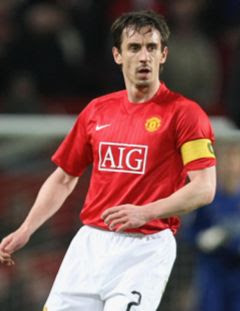 Captain Gary Neville and Rio Ferdinand did not play well in this game.
Maybe, long term injury and high age had drop Gary's performance.
But, I would like to back Gary because I'm really appreciate his contribution for Manchester United for so many years.
However, I afraid Gary is facing challenging from Rafael and Wes Brown.

I'm patient to wait Gary back on form. Of course, it is also encourage that Rafael should play more for the senior team. 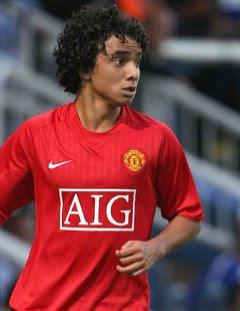 For Rio Ferdinand, I'm a bit frustrated. He can't concentrate on the pitch in recent matches. His poor performance caused our defend is shakily.
I'll suggest Rio drops on the bench for 2 to 3 matches. Give him a rest, I think it could help him. At the same time United also could provide Jonathan Evans a chance to play.

United attacking was ok in this match. We are a bit unlucky in front line.
In my opinion, Park Ji-Sung, Anderson and Michael Carrick have a good game.

I'm not so worry with United future since this is still early of season. We need to bounce back.
UNITED WE STAND!!!
Posted by Tey Khang Fai at 5:56 PM