I received a furious sms before I step into cinema to watch
Too Fast Too Furious 4
Bersih spokesperson Wong Chin Huat arrested under sedition act. 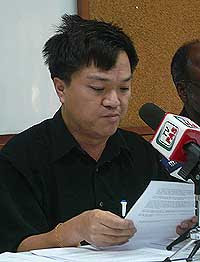