I Regret With Carlos Tevez Departure

I Regret With Carlos Tevez Departure
Carlos Tevez had make his decision to leave Manchester United since couple of weeks before.

He is the second player who depart United since Cristiano Ronaldo.

Carlos Tevez blames Dimatar Berbatov forced him on bench,
especially Tevez's performances is better than Berbatov usually.
I understand a player who performs like Carlos Tevez does not like to sit on bench too frequently.

While United accepted Real Madrid's offer for Cristiano Ronaldo,
I suppose it is a good chance for Tevez in coming season (United seem to play 4-3-3).
However obviously United wasn't show sincerity in signing Tevez,
and we lost a player like him.

I understand Tevez feeling, and I respect his decision.
United will miss Tevez's aggressive and hunger in scoring.
Carlos Tevez is still looking for new club,
I wish all the best to him. 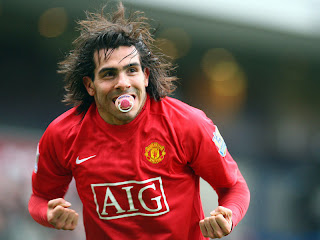