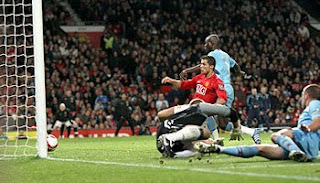 I saw the Cristiano Ronaldo's second via youtube. This credit should belongs to Dimitar Berbatov superb moved and brilliant goal pass to Ronaldo.

Ronaldo scored at 14min and 30min in this game.

I'm pleased to see Carlos Tevez starts in this game.

Goalkeeper Tomasz Kuszczak surprisingly starts in this game as well. The other capable goalkeeper Ben Foster was on the bench.

Sir Alex Ferguson explained about van der Sar absennce on MUTV:
"Edwin turned 38 today. We don’t need him to play every game because we have two very capable goalkeepers in Tomasz Kuszczak and Ben Foster."

There are the other good news from Emirates Stadium:
Arsenal equalised by Tottenham Hotspur 4-4 by Spurs' double late goals. 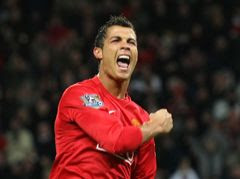